It's been a busy week :0) There's been birthdays which means play gyms, lots of friends, relatives and Magna - not necessarily all at the same time. They got great presents, lots of sciency stuff, books, games, crafts and mini-people :0) VERY happy children :0)
On the Home Ed side, in and amongst their amazingly full social calender, they managed to stay at home some days and do some stuff an inspector would recognise as learning....not that he'll be seeing it cos we're not registered at all.
We started Yr2 MEP Maths this week. I bought the books instead of just printing them off the internet. The girl is very pleased with them. So pleased that she has manged the neatest numbers ever :0) It seems to have jumped backwards a bit, probably due to its having been written for school children who would need some reminders after the six week holidays. Boykin is still doing the Reception book and I'm very pleased because there are now lesson plans up to 50, only 10 more to wait for. We've been moving a bit quicker than the lesson plans have been published so I'm glad there are so many up now. Not that I think we've missed much. His spacial awareness and number skills are fine :0)
The Girl went to French group, leaning 'le', 'la' and all the corresponding possessive determiners. (Okay, I had to look that up! ) While she was doing that, me and the Boy played Planet Protectors and helped them to build words do his maths book ;0)
We've also read the next bit of Thomas Edison, learnt a bit more about the Great Lakes, looked at the house he was born in ont'Web and filled in a bit more of the map.
We've been dicussing Normans quite a bit this week too.

We had a lovely book group meeting. So nice to see people again after all the snow. It was cancelled in January - due to snow- so everyone brought different books that they'd read over Christmas. Both of mine took one, Munchkin girl wrote a review of The story of Olga da Polga by Micheal Bond and Boykin took Room on the Broom which I pactically know by heart having read it 3,006 times! This month we're reading Fattypuffs and Thinifers by Andre Maurois.

The Boy got a kit to make his own bouncy balls. He was ecstatic. He collects them - bouncy balls that is. It was really simple to do - just add cold water. 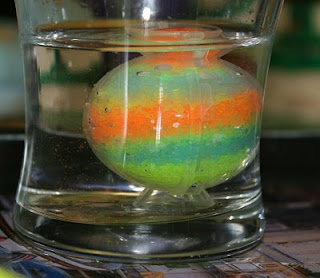 I would have liked to know what was actually in the little bags of coloured crystals. None of the science was explained, in total contrast to his Grow-your-own-worms kit. This gave a good scientific explanation of polymers which went over his head a bit, but he liked it that Worm Goo (sodium alginate) came from seaweed. 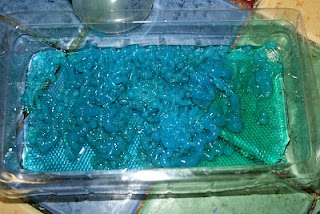 (It's not a very good photo, but it was good fun)

We went to Magna with cousins etc for the day. They really enjoyed it. It's a science museum inside an old Steelworks. There are four pavilions, one for each of the elements - earth, air, fire and water. It's completely hands-on and interactive and cold. Brrr! Unfortunately though, quite a number of exhibits didn't work. However, the kids enjoyed it and found plenty to explore - so much so, that we didn't get a proper chance to do all the Earth section. We've never been in summer, they have an outside waterplay area and an absolutely fabulous playground. And, they do a Home Educators discount :0D
Note to self - next time I remember to charge the camera battery up before I go out for the day, I MUST remember to put the battery back in the camera!!

The Girl got Lego Creationary game for her birthday. I think they both felt a bit challenged by it at first but soon got into it. I can see this being played lots. It's going to be great for developing their creative imaginative building skills :0) It's a bit like Pictionary except instead of drawing you have to builid Lego models and the other players have to guess what it is. There's no reading involved so it's good for non-readers too. Great fun:0)

Photos of models taken by them :0) 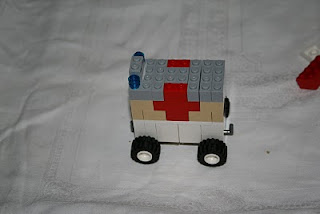 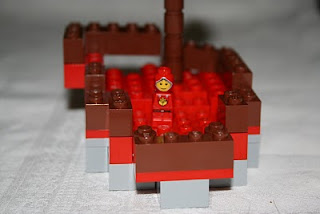 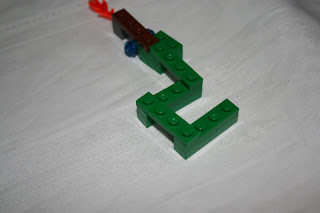 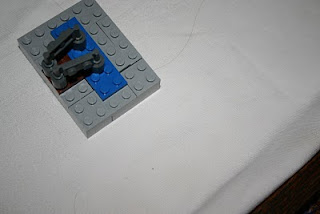