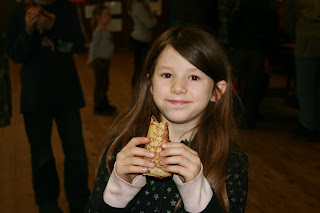 We went to our local group meeting today. There were 10 families, 21 children between them aged @ 1 month to @ 14 years old. It's a monthly meeting with a theme - France this time. One of the mother's is French and she brought genuine home-made french recipe crepes, taught us a Breton dance, some french nursery rhymes and a French version of a Lucy Locket style game. 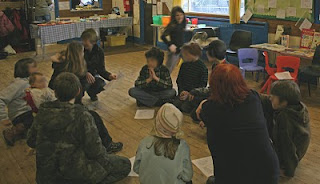 There was also the opportunity to -
construct the Eiffel Tower from straws,
learn a cats cradle Eiffel Tower,
play a game one of the children had devised based on the map of France,
label clothing and a weather chart in french,
read French books,
listen to jokes that had references to French language,
do mazes, colour maps and learn facts about France.
Oh, and play and play and play, outside, in the cold and the light snow flurrys. 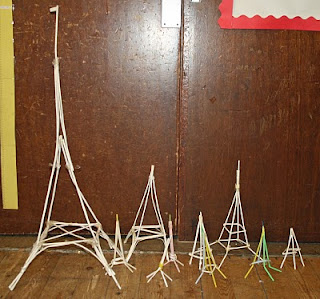 We celebrated a late Epiphany (postponed due to bad weather) and also had Kings Cakes with hidden beans in them :0) Yum! 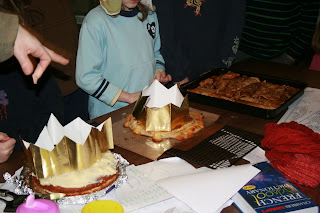 Email ThisBlogThis!Share to TwitterShare to FacebookShare to Pinterest
Labels: french