No French group this morning...there was another two inches of snow last night which is probably more like four by now. It's not stopped snowing all day :0)
It's had great advantages as far as Home Ed as gone. Happy children eager to do workboxes - oh it seems so long since we last did them.
The boy started a new FIAR book - Mirette on the High Wire by Emily McCully. We'll be making a lapbook just cos he loves them :0) I'm using resources from HSS as well as chatting lots. He's enjoyed the story today - as did the girl - so hopefully it will be fun. This looks like one that would work very nicely with multiple ages as there are lots of suggestions for lessons in the manual and it could lead into a lovely little topic on circuses.... 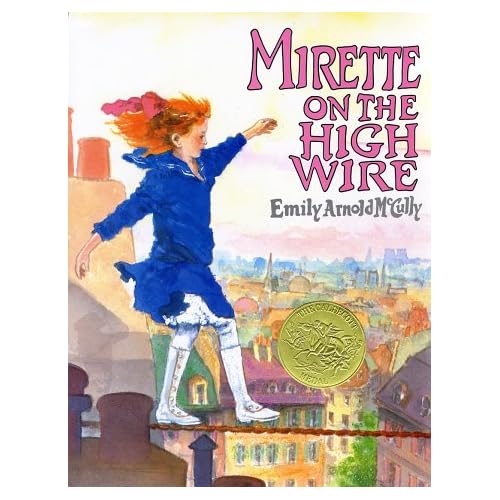 The girl is finishing up The Boxcar Children still. We had a big gap but she still remembered the story line and enjoyed the activities. I've decided to cut down on the amont we're covering in each chapter as it's taking us so long and I think she was becoming a little overwhelemd by it all. Potatoes today :0) We discussed the history of potatoes, looked at potato plants and touched on the Great potato Famine of 1845. She made potato mountains and a volcano for lunch:) We got the idea from a Polly and Jago book they got for their birthdays last year. It's lovely :0) 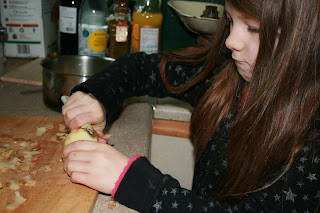 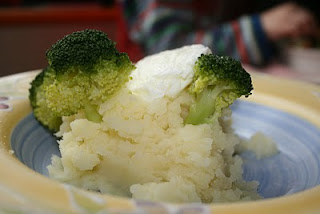 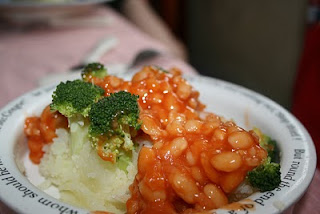 As part of our "Traditions and important dates" project we read about Gobind Singh, the 10th sikh guru from the 17th Century whose birthday it is today. It's also Twelfth Night so we're going to watch the animated Shakespeare after tea.
Then the next-door neighbour came round because school was closed due to the snow. So all afternoon they've been playing games.
And measuring the snow - we have 10 inches in our garden!!!!! TEN inches!!!! And it's still snowing! 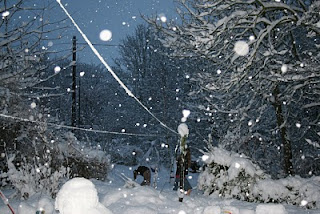