For FIAR, Mirette on the High Wire, the science lesson in the manual is about copper. Well, we read the given info and then looked in the DK Science Encyclopedia for pictures, made a minibook and then did an experiment to make verdigris. The instructions for this were a timely - and unexpected - arrival from Robert Krampf .
The newsletter comes once a week detailing experiments you can do at home with an explanation of what's going on :0) This one worked :0)

First put about 1" of vinegar in a small bowl. Add 1 tbsp of salt and stir. 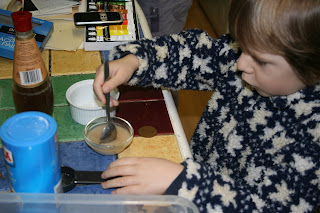 Put in some copper coins or preferably, pieces of copper. (We found pre-decimalisation pennies worked better than new 2ps, which apparently are copper-plated but weren't affected.) Copper wire sculptures used in this experiment made by by eldest boy about 8 yrs ago. 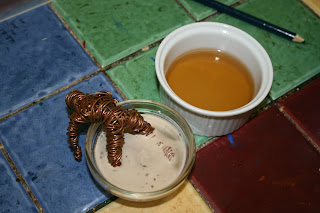 Remove copper from solution after about 5 mins. 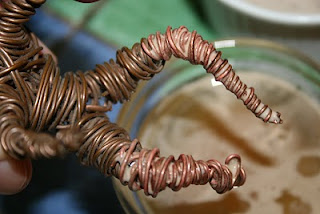 Rinse one lot of copper. Don't rinse the other. We rinsed 1 leg and not the other. Put on a paper towel and leave... 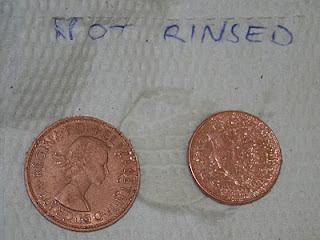 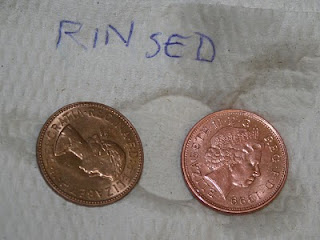 ...the instuctions said for 1 hour but we got much better results after 2. 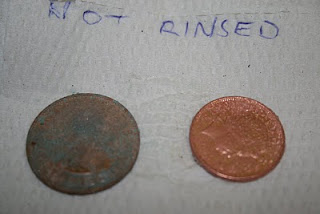 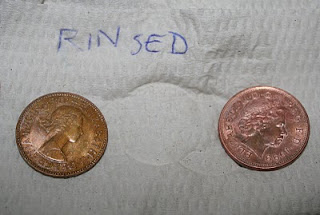 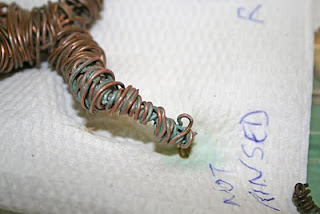 And here's some natural verdigris for comparison :0) 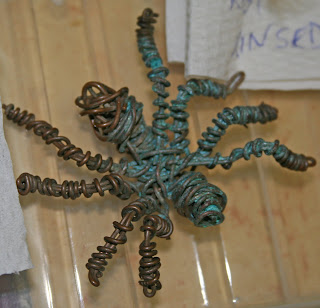 The scientific explanation is that the chemical reaction occuring between the copper, salt, and vinegar produces copper acetate. This, along with copper carbonate and copper chloride, is one of several green chemicals known as verdigris. These chemicals form over time when copper, brass, or bronze is exposed to weather - or in the case of our spider, it's been sat in a plantpot for 8 years getting watered :0)

While we were waiting for the experiment to work, my daughter did some painting...outside...in the snow! 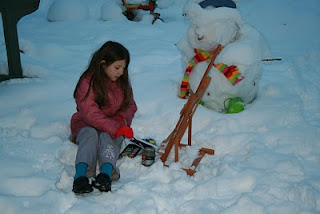