Because we have National Schools Film Week in October, it seemed like the perfect opportunity to do a fun project on the history of cinema. Luckily, it coincides with The Story of Film  which we are watching in small chunks on 4OD. We've only watched Episode 1 so far, which has taken us pretty much up to the end of the silent era. It's already lead to loads of discussion about film shots, and early special effects. There's also an interactive timeline on the site. In future, I think I'll watch it first because I'm not sure how suitable some of the content will be in later episodes as it's not really intended to be a children's programme. The only slightly disturbing bit in Episode 1 is a very short clip from the opening scenes of Saving Private Ryan which I explained very quickly was special effects.
We watched Flying Down to Rio yesterday, partly because it was on iPlayer and partly because it was the first film that Fred Astaire and Ginger Rogers starred in together, but mainly because I have a Boy who loves tapdancing and Doctor Who. What does Doctor Who have to do with Fred Astaire? Top hat and tails costume in the Let's Kill Hitler episode, of course ;0)
Anyway, apart from the (very) loose Doctor Who connection, they were interested to see that some of the special effects and editing techniques that had been shown in the documentary were used in this film.
We watched the remainder of the 1st episode (each episode is an hour long which is a little bit too much for my kids) and then went on to watch The Great Train Robbery from 1903.


This is a very early Western from Thomas Edison's company and seeing how Edison was one of those instrumental in inventing moving pictures I thought it would be a relevant choice. My children very much enjoyed it, even though it was silent. They loved the melodramatic deaths and acted them out round the living room. Sounds morbid I know, but just watch and you'll see how funny they are :0) They watched out for the 180 degree line between actors and whether or not entrances and exits were in keeping with each other. I think we'll watch Charlie Chaplin before we move on to talking pictures :0)

We're also watching what episodes we can of Reel History of Britain - I did download all the available episodes last week but somehow they have vanished from my iplayer desktop :0(
My 2 especially enjoyed this programme with it's mobile cinema which shows how film has been used to document history and how that history connects with people today. The one we watched was about the highrise estates of the 60s & 70s and how they were viewed then and now. The Girl thought it was really sad how they ended up because they looked so nice when they were built - all of which lead into a discussion on social housing. I think I might be going to spend quite a bit of time here

I'm not sure how much actual hard evidence there will be at the end of this project so I'm going to try and keep a good record of what we've done on here.

Alongside this, we are still doing maths, lots of reading, activities for the various groups they go to and other spontaneous learning :0) Today that came about as a result of The Girl doing the washing up (round-eyed shock emoticon needed). She was pushing an upturned glass into the water and explaining it to The Boy who then wanted to know why, if you let a bit of water into the glass, it stays there until you take the glass out of the water. The Girl then went on to investigate the WaterAid site until it was them for her cornet lesson.
And to top it all, we managed to get out on the moors for a bit... 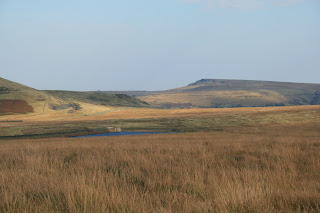 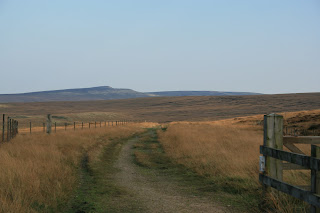 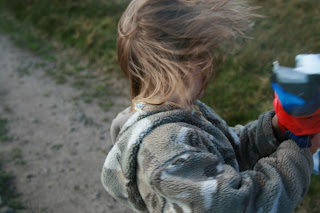