National Schools Film Week and a half Pt 2 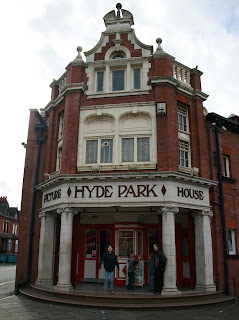 Yesterday, we sat in the balcony of this beautiful old cinema and saw Arrietty. We very much enjoyed it and my children quickly realised it had some similarities in style to Kiki's Delivery Service, Howl's Moving Castle and Spirited Away. They are all Studio Ghibli films. My eldest loves all things Japanese and loves to share some of this love with his younger siblings :0)


The film is based on The Borrowers by Mary Norton but is set in modern Japan. It was interesting to spot the Japanese things like chopsticks and fish shaped bottles. We read the original book a few years ago for bookgroup and we talked again about the differences between borrowing, stealing and recycling.
I have to say, that as an adaptation, I enjoyed it much more than the 1997 version of The Borrowers starring John Goodman. 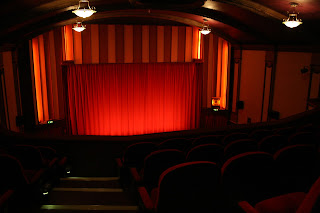 It is a small cinema and Pandaboy was delighted to see there were curtains for the screen. It was built in 1914 and has features that you expect to see in old theatres such as moulded plasterwork and ornate lightfittings.

Today, we went to another old cinema which to see Gnomeo and Juliet. Another enjoyable film that we once more arrived to see by the skin of our teeth. Why does it always take longer to get places than I think it will? The film was funny and had odd bits of Shakespeare thrown in, with a whole array of British actors. I enjoyed playing spot the voice and explaining the Shakespeare references to my kids. If I was going to watch it again with them - which I probably will - then I'll make sure we watch the animated tales Romeo & Juliet first so that they can compare the plot and characters. I quite like the idea of giving Shakespeare's tragedies happy endings.... I'd also visit the movie website for downloads, games, printables etc

Email ThisBlogThis!Share to TwitterShare to FacebookShare to Pinterest
Labels: films