I've been feeling a bit guilty recently, worried that what with the structured mornings and all the out of home activities they do that they have little time left for just being and playing.  For Boykin, play seems to have become synonymous with computers. I was really concerned about the length of time he was spending doing this with his friends, but having sat in a room with three boys on three laptops, all playing Minecraft, his 'play' seems less alien to me even though the language they speak doesn't. The Girl is getting older and the shape of her 'play' is changing. Time to herself often includes a stereo and a book - or nail varnish.
However, when she's in the mood for it, The Girl happily still joins in games with Boykin and is actually VERY good at encouraging him (and his friends) to play something that doesn't involve little pixels. Her ability to instigate imaginative games makes me wonder if it's due to her being 4 years older and always having taken the lead, or is it that her early years of HE involved so much more free play. Boykin started doing sit-down work at a much younger age than she did because he wanted to join us at the table. Don't get me wrong, a lot of his activities involved play and he was never forced to be there but due to his nature and circumstance, he wasn't quite so free-range as she had been.
Currently, the dining room floor is under occupation again. This time by an animal rescue park made from Playmobil and The Girl's beloved Schleich animals.
Yesterday, on being informed which of the trees in the garden had to come down, I was informed that the particularly awkward sycamore was in fact the look out mast for a pirate ship.
Needless to say, the state of my floor and the tree protestations have instilled me with a sense of relief. Phew! My children play =D
Play was much easier to recognise and quantify when they were younger. The style of our Home Eduction was different and most of their learning was happening through play. Their schooled friends came round to play much more often. But as they've got older they have more homework and some have moved away, and my children go to more after school activities giving them fewer opportunities to get together. Play still happens, in one form or another, at the groups they go to, but it happens more and more away from me which is, of course, part of the proper and natural order of things as they move towards independence.
Play still features strongly in our Home Ed lives though. They are still very enthusiastic when it comes to narration - mostly done through acting out and role play. We use maths games in addition to MEP to build skills, helping to keep numbers and maths concepts fun rather than frightening. They are old enough to know that they are learning through these games and I'm lucky enough to know that they love learning and are eager to learn more.
I'm so happy to see that they still have time to play in and amongst the busiest of days. Days when I feel like all I have done is chivvy them on with their writing; forced nagged encouraged them to finish their maths page; have them test activities for the latest Picture Book Explorers; practise their music; extract them from screens; remind them to get on with xyz that they need to do for such-and-such group; do their household jobs and sit in the car while I drive them from one thing to another.
Don't get me wrong, I'm not complaining. I love the Home Ed life most dearly but, as with everything, it is easy to lose sight of what is important in it all. Having time to play is, and always has been, a VERY important reason for Home Educating as far as I am concerned. Play may change shape and have other names during a person's lifetime, but I believe it is important for all people, young and old. I am grateful that my children are free to play, especially as the sun is shining again :0) 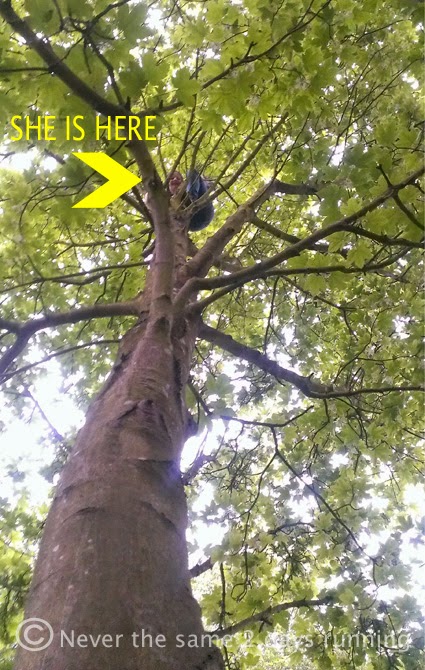