We used FIAR Vol 2 to study Mr Gumpy's Motor Car, Boykin liked it so much he wanted to do the same thing with Mr Gumpy's Outing. I came up with a few ideas, not all of which we used. If anyone wants to use them they're available on my HSLaunch page.
ETA - Ami at HSS made a fabulous lapbook to go along with my ideas. Thank you so much, Ami :0)
We had a very nice time learning about rivers - we live in a river valley so it made perfect sense to follow that course;)

This is a plasticene river the Boy made showing all the river features we talked about.

Here are photos of our lapbook. we used 2 folders and stapled the two joining flaps together to create a pocket to keep his paper boat and characters in. 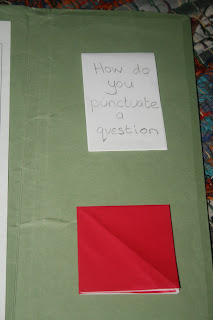 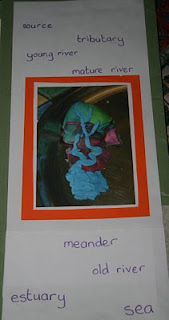 This is laminated flap so he can match the word to the feature again and again.
We went to look at our local river, found tribuataries, studied a map and followed it's course to the sea.


I kept the whole project in a box until it was finished. To start with I put small toy animals and an old-fashioned toy car in there too. He had great fun playing with those while doing the activities. They 'talked' to him ;) He also had fun making rivers and hills in the sandpit with his friend.
We also looked at weather stuff - keeping a diary and making a cloud in a glass

Useful Links:
Printable mini books from Homeschoolshare
Virtual tour of the Thames from source to sea
Video of origami punt