It's been a busy week. We've managed to get some work done on Picture Book Explorers ~ Dogs Don't Do Ballet in acknowledgement of World Ballet Day last Thursday and we've been to two home ed groups too. One of them was a short social meet-up at Lazerquest and the other was our monthly themed session where we looked at Mythical creatures, a topic that Boykin has been working on at home already :)
I took an activity based on minotaurs and mazes. We made toilet roll tube minotaurs and did mazes from a really hard maze book. I also took our big box of building blocks (such a useful HE tool, even at this stage) for building mazes. 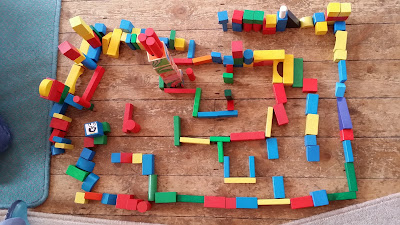 Other activities included, making  a fire breathing dragon, making fairy/leprechaun traps and identifying strange looking animals - are they real or mythical?
There are some really strange looking creatures out there! The aye-aye was Boykin's favourite. We both though it looked like something from Harry Potter :)
I'm collecting ideas on my Mythical Creatures Pinterest board.

It's quite nice re-exploring the Dog's Don't Do Ballet book, Boykin has had chance to relax a little after the Earthquakes lapbook we completed last week. We've practised ballet moves, revised apostrophes, explored rotational movement (more dancing) and done some art work. There's a little more to come - more ballet moves for maths and a marshmallow-based recipe :) We've not managed everything this week, I wanted to go to the woods for a walk to gather leaves, but we've not had time yet.... 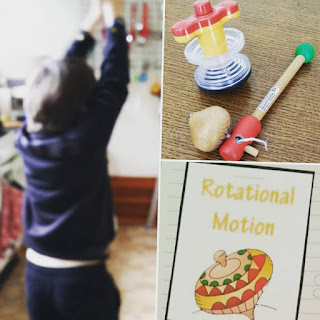 The Girl is loving college and I think we're beginning to get used to her not being with us every day. It makes me appreciate the days when she is there, working on her music while Boykin works on his project. We still feel like a fully HE family, even if we're not, technically. I wonder if that will ever change?

Email ThisBlogThis!Share to TwitterShare to FacebookShare to Pinterest
Labels: general HE, HE groups, lapbooks, PBE