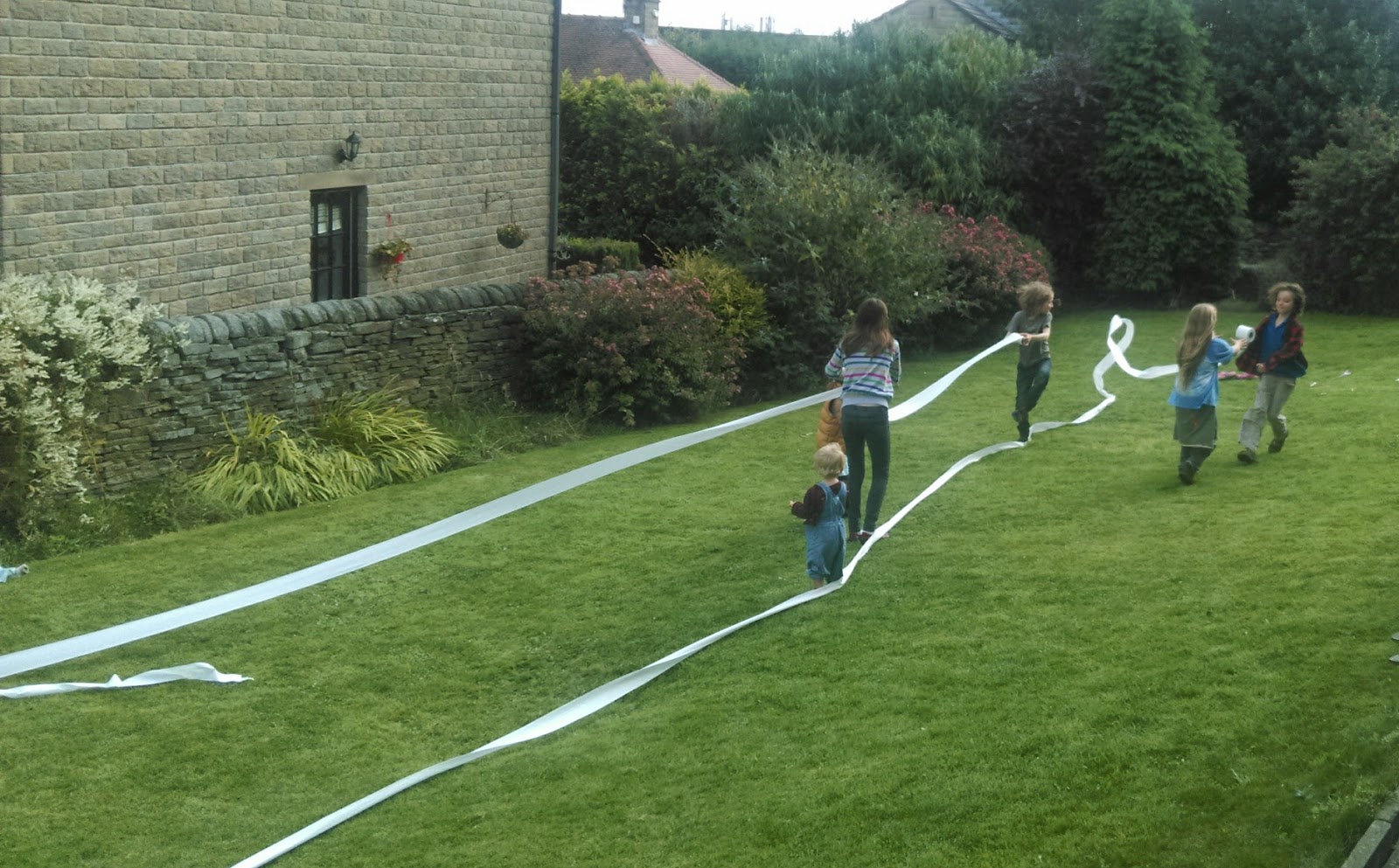 Our last local group themed session was on Toilets. As parents we had all felt a little challenged by the topic, although it proved to be a more popular theme than anticipated. We had 16 families come to the session which is about twice as many as usual.
The activities included investigating tipping toilets and designing a water container that tips when it is full; listing the synonyms of 'toilet' including the more impolite ones; matching the translation of the word 'toilet' with the correct country on a large map; making miniature model outdoor loos from toilet rolls; a toilet related board game; learning about U-bends and making a working model; playing outdoor toilet related games like toilet Tig, Mother May I and toilet roll relay race; and making toilet pests from empty toilet roll tubes. I was very busy most of the day making toilet roll flies but I did catch a glimpse of the toilet roll relay race and the ensuing carnage. 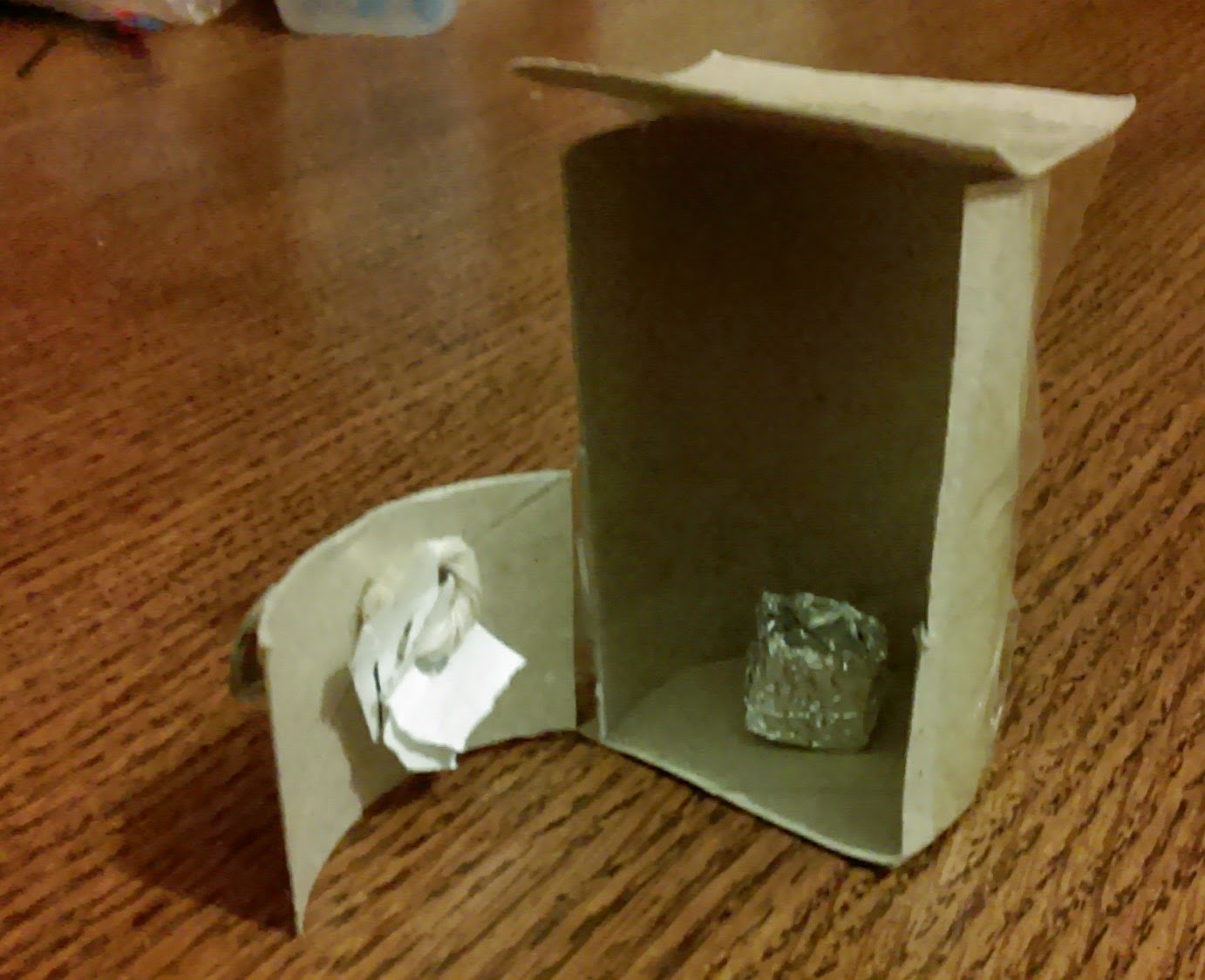 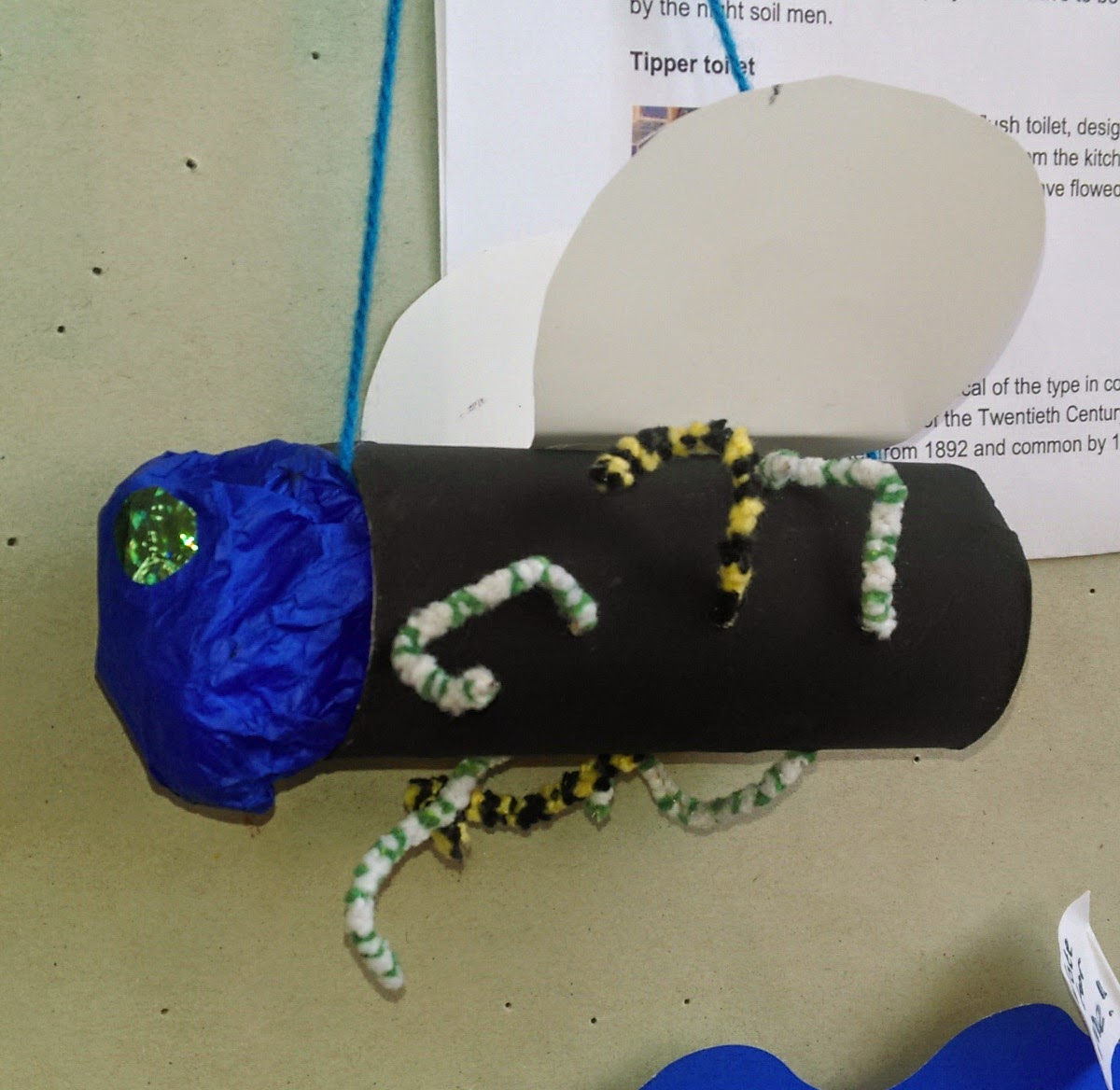 Totally coincidentally, another local HE mum organised a trip to a water treatment plant and a sewage treatment plant which tied in very nicely. Both places were very interesting, although I found it a bit sad when they told us that 30 people used to work in the water treatment plant which is now computerised and has only a couple of people working there. And the same at the sewage treatment works that would've employed up to 300 people and now employs only 8. Not that I'd want to work there. It was a bit too smelly.
The two plants, one at Headingley and the other at Esholt, are education centres for Yorkshire Water, each venue had its own classroom. There were computer activities in one venue and models of roadworks and films of protozoa in the other.
I thought my children knew about the water cycle, we have covered it before, but they seemed to either have forgotten everything or were too shy to answer.
We were split into two groups, so I stayed with The Girl while Boykin hung out with his friends in another group. There was a lot of information to take in, but they gave us some really nice looking resource books to take home and have a look through. They were mostly aimed at KS2, but that doesn't bother us as we aren't limited by the National Curriculum and happily jump around resources as long as they are interesting.
One of the things that surprised me most, was the ornate sewer exit constructed by the Victorians. There we were, looking at real-life pieces of poo floating out of the sewer through a fancy bit of stonework complete with coat-of-arms and Latin motto. They were so proud of their sewage works those Victorians. It made me realise just how much we take our sewerage system for granted, and just how lucky we are to have it. As part of my own home education, I had to look up the motto. Labor Omnia Vincit - Work Conquers All. The sewage works certainly went a long way to conquering some of the Victorian health problems, we don't get cholera outbreaks anymore, thankfully.
One thing that both my children mentioned having learnt that day was that Fat, Oil and Grease (F.O.G) shouldn't be put down the sink. I already knew that, but thought it was to prevent my house pipes blocking up. I now know that it's to prevent the main sewers blocking up. I'm usually pretty careful anyway, but I'll be a bit more careful from now on because some poor bloke has to go down there and chip it all out by hand :(
The sewage and waterworks trip was free and was open to children age 7+. If you have one near you, I'd recommend going along as soon as your children are old enough. It really is an eye-opener.