It's been a busy week. We started Monday with a pyjama day keen start into the full on routine of term time life. Oh, I know we don't stop for holidays, but we do ease up somewhat to make time to see schooled friends. None of the Monday activities had started yet and the kids had had a weekend in Blackpool with their dad, so they were more than happy to wear their self-styled home ed uniform once more ;)

We spent quite a bit of the day reading The Story of The Amulet by E. Nesbit. This is the third book in the trilogy which begins with Five Children and It and includes  The Phoenix and The Carpet. I have to say, my children have thoroughly enjoyed listening to all three of the books. I think they would make a great base for unit studies too. There are so many different places visited by the children, both in England and abroad, and in the last book, they travel through the ancient world. This was especially exciting for The Boy as he recognised quite a few of the places mentioned from our reading of The Story of the World: Ancient Times v. 1

.
There's lots of opportunity for discussion when reading the E. Nesbit books too. What would you wish for if you could meet the Psammead? Where would you go on the magic carpet? Which time period would you visit with the Amulet? There are also lots of things that we had never heard of casually mentioned in the book as if they were common knowledge, presumably they were at the start of the 20th Century. Lots of opportunities and incentives for historical research there :)
In case you don't know the stories (we didn't), the books follow the adventures of four Edwardian children who live in London and their baby brother. While on holiday, they meet a sandfairy, the Psammead, who grants wishes. They have lots of mishaps by being a bit too vague with their requests. The children are very realistic and bicker amongst themselves quite a bit in all the books. In the second book, they meet a Phoenix with a magic carpet. Again, they get to wish to go to different places and again have lots of adventures. In this book though, they are a little more careful with the wording, having learned from their time with the Psammead. In the third book, they rescue the Psammead and he shows them where they can find half of the Amulet. They spend the rest of the book trying to find the other half so that they can get their hearts desire. Each of the books could be read as a standalone, but we were all rather glad that we read them in the correct order. My two would recommend them to anyone of any age and I would recommend buying the books rather than downloading the free kindle versions because you don't get the line drawings that help the story along :)

Anyway, we eventually finished the book at Tuesday lunchtime, just in time for our local Home Ed book group :) Everyone else enjoyed it too, it seems :)

Wednesday we went to the Dino-Jaws exhibition at the Royal Armouries in Leeds. Another Home Ed event :) Me and the Boy went by train which meant we had a lovely walk on the river. The Girl really isn't that interested in dinosaurs anymore so she wentto spend the day with her Nana instead. Anyway, I think she would have rolled her eyes at us two enthusing about odd shaped buildings with fancy Victorian architectural features (Not windows again!)
All in all, Boykin enjoyed the exhibition. He filled in the questions on the quiz sheet, did the interactive stuff, and built a Lego model dinosaur that was displayed on the reception desks along with everyone else's models. I'm glad we went as a group though, as it was pretty expensive for the amount of time we took to get round. The animatronics were good fun though and Boykin particularly liked the vibrating floor with the T-Rex roar. 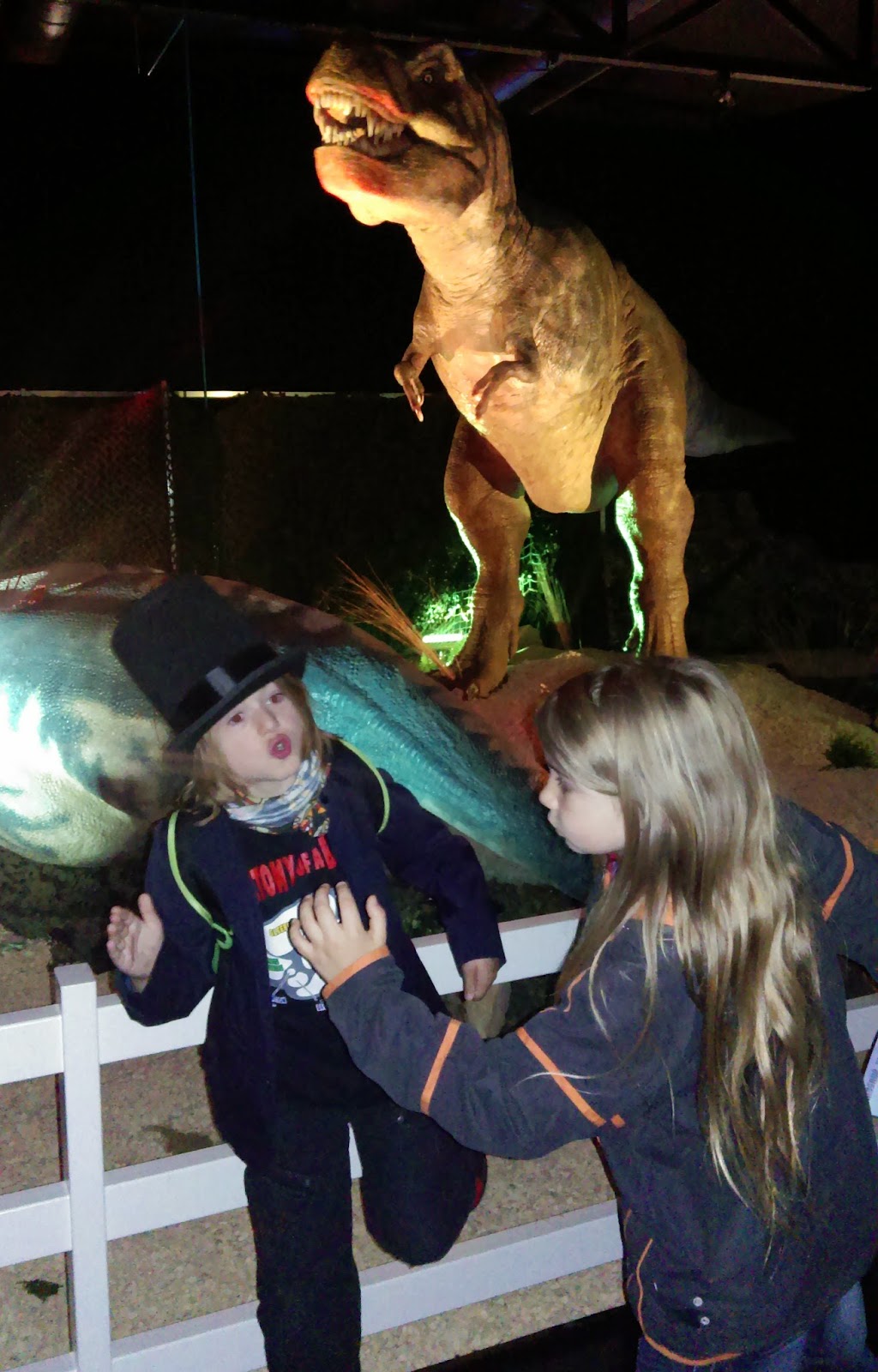 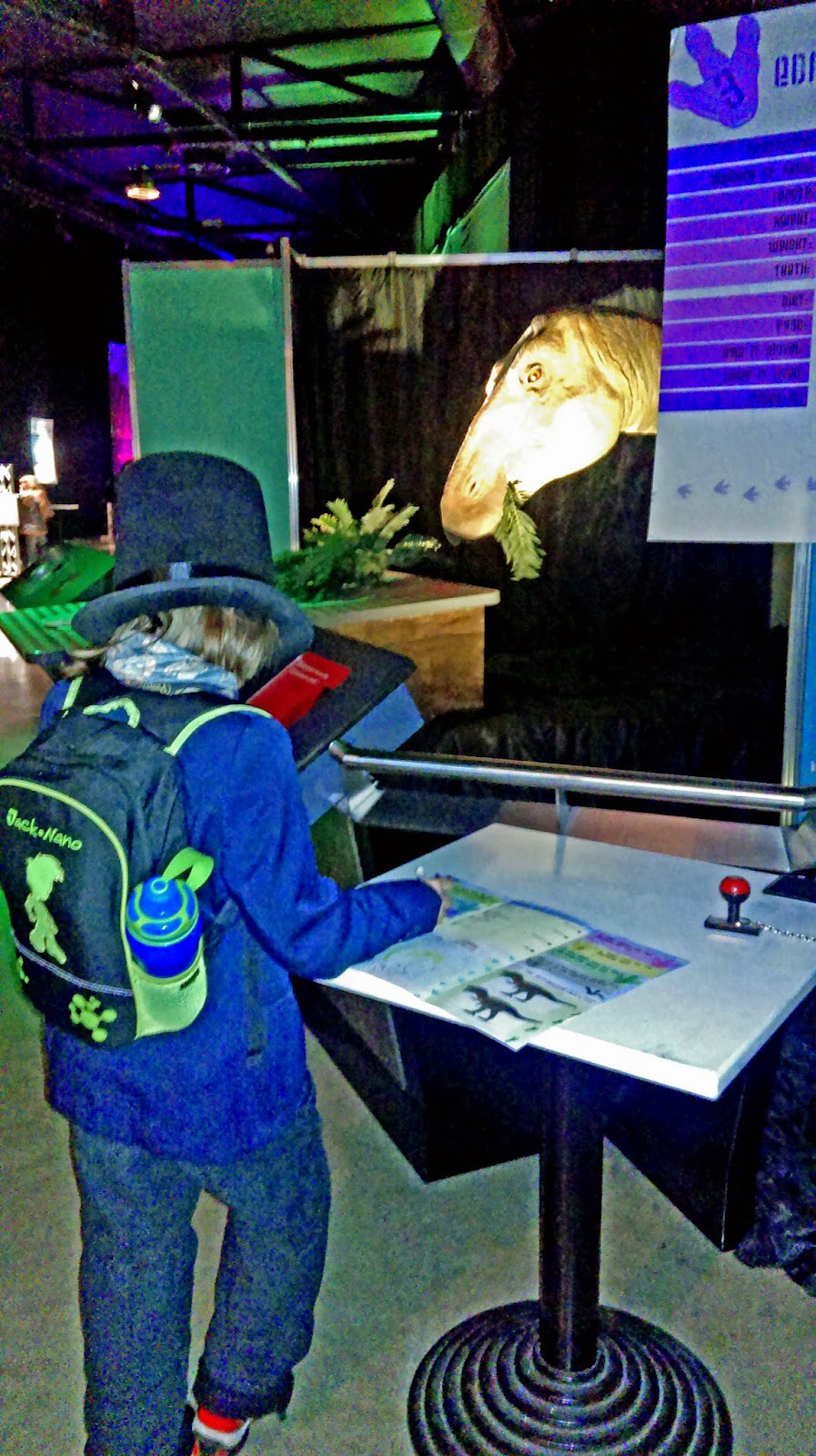 But for me, one of the weirdest things we saw all day was the hologram person on Leeds train station telling people not to take luggage up the escalator. Just a bit too Doctor Who for me :/ Mind you, it was interesting working out how it worked and lead onto a discussion on how and/or if science fiction influences the development of technology. 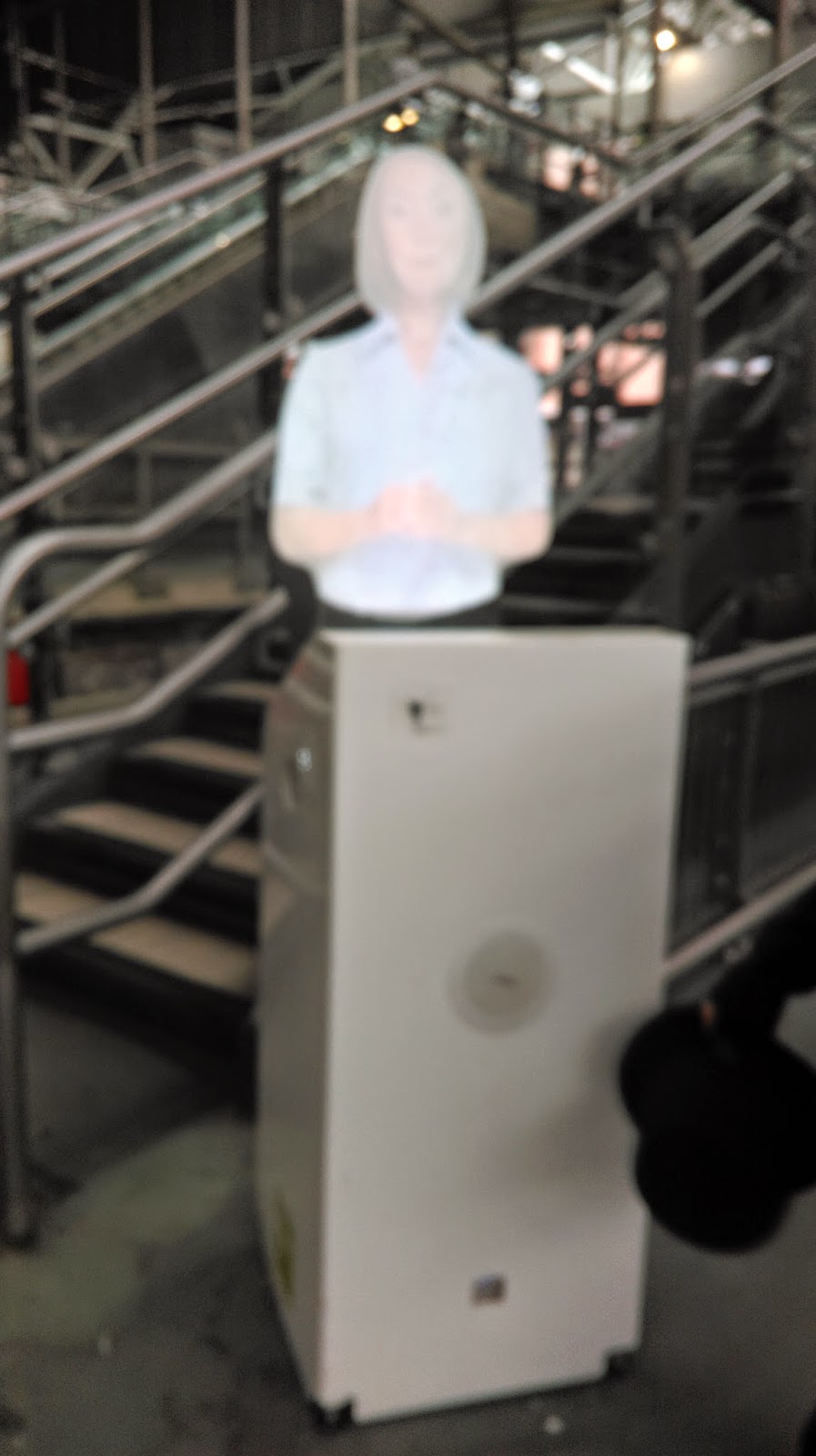 Thursday, after all their out of home activities, we sat and watched Dolphin Tale. We all enjoyed it and found it very inspiring. We ant to know more about the actual dolphin that the story is based on, and we want to know if the home-schooled daughter of the animal doctor actually exists.

I wonder if this might be a good starting point?

Email ThisBlogThis!Share to TwitterShare to FacebookShare to Pinterest
Labels: book group, HE groups