Andy and the Lion

This is a bit of an overdue post because we did this through the summer, in one of the rare quiet weeks we had. I know it must sound really weird to many people, but it felt like an oasis of calm in the midst of 2 very hectic months - which is probably why it's taken so long to post it :)
Andy and the Lion is a Volume 3 FIAR title. It's a re-telling of the Aesop fable of Androcles and the Lion, set in America probably around the middle of the last century. It introduced lots of interesting discussion topics - telling tall stories, animal conservation, animal welfare, staying safe when your being helpful to strangers amongst others. They could relate these discussions to lots of other stories, books, films and TV programmes as well.
The Boy made a lapbook and The Girl continued with her notebook which she really prefers and seems very happy with :) It gives her more space and scope to write and draw.
We pretty much stuck to the FIAR manual for this, adding a couple of extra picture books as go-alongs. I wanted to watch Born Free, but they refused because they thought it would be too sad. Instead, they watched The Lion King (again). 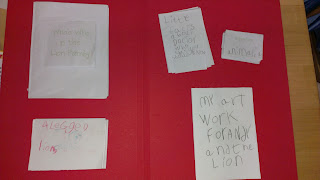 The 'Who's who...' Minibook came from Homeschoolshare. It was part of the science lesson and he wrote some facts in about each lion he drew. We used stickers for the art lesson - we have tons of stickers and not many magazine pictures to use. I added our own maths lesson, which tied in with his maths book - he made a 4 legged lions book to practise his 4 x table.Also for science, we found out the classification of a lion - the minibook again came from HSS. But most of all, i think I'm quite impressed with how he managed to sneak the Doctor in when we looked at how the text was laid out in the book and he made his own example ;) 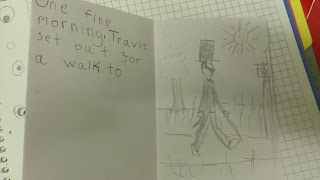 The Girl started the week by finding some circus facts. She also wrote and illustrated her own example of a picture book with sentences that run on to the next opening. She enjoyed the art activities and did a good job of getting her circle to look like a sphere. For her maths activity, she made a seating plan which gave her the opportunity to practise her 8x table. For science, she picked 3 facts and then drew lots of pictures of lions doing lion stuff :)

Another of the art activities was to look at sculpture, so we went to our local park and climbed on investigated the stone lions there to compare them to the illustrations in the book. 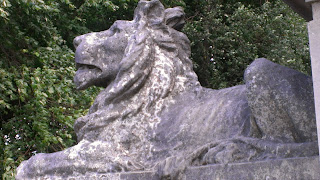 We picked the right week to row this book. It was a very lucky coincidence that a circus came to town, so it was only right and proper to visit it on the last day of our row. Of course, there were no lions - or any other animal acts- but we had a great time and oohed and aahed happily :) (And got very sticky from the candy floss.) 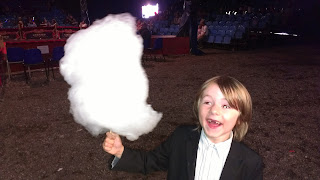 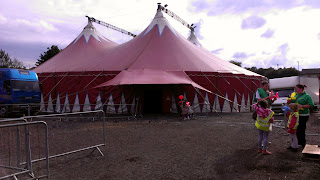 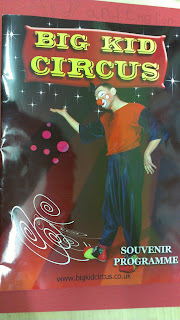 Books etc that we used (and almost used)


P.S I do still intend on watching Born Free, even if I have to watch it by myself !
Posted by Belzi at 00:33