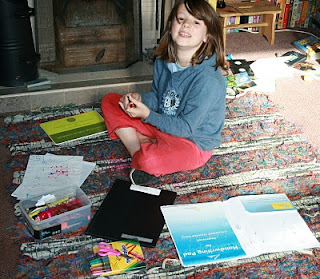 This was a more independent project for The Girl which she approached with enthusiasm. Obviously this is the way forward for her now :)
I downloaded this Digital Lego Unit from Walking by the Way blog. This was really fun and easy for her to do as all the links are included in the text of the file. In fact everything is provided including the lapbooking pieces :) It's a while since The Girl made a lapbook (Boykin is the one who's really into them) but she thoroughly enjoyed this project and cut out and constructed all the minibooks herself - something she usually asks me to do for her. She made the cover herself in Photoshop :) 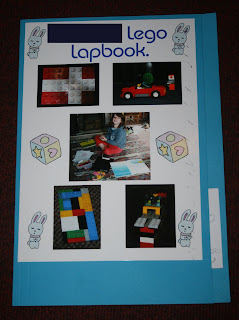 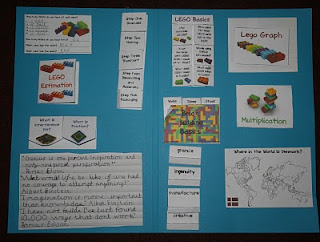 She did pretty much all the activities except for the extra graphing and the digital designer as we couldn't get it to work on our computer :( She also built a car from the instructions in one of her own Lego sets as she didn't have the right pieces for the taxi. I knew this unit was a good thing for her when on day 3 she declared it was "really fun!". Yay! 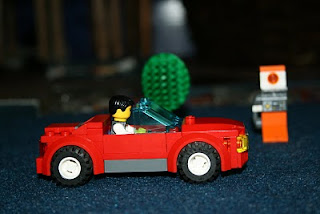 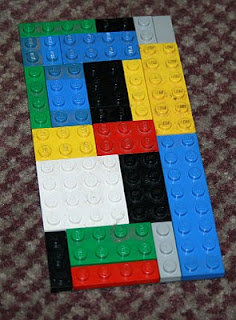 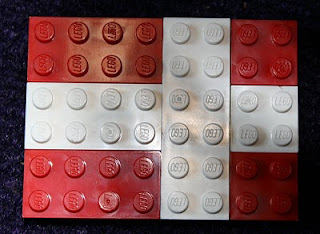 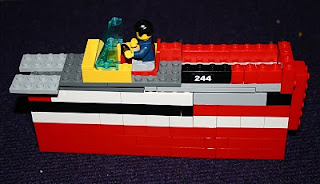 Unfortunately, as is the case with lots of internet stuff, some of the links on the Lego website don't work but this doesn't stop it from being enjoyable. For Day 3, I found this site that gives an explanation of how Lego bricks stick together so that she could complete the minibook. I couldn't get the film of how Lego bricks are made to work but found a youtube video that did. There are other links to other videos showing some of the amazing things people make with Lego too. Our favourite one is this :)