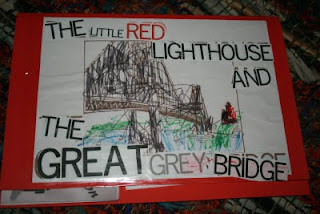 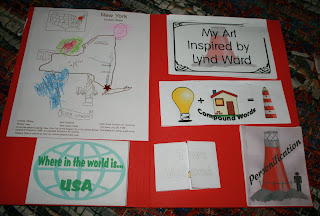 We finally finished "the Little Red Lighthouse..." lapbook :0) Panda is very pleased with it and enjoyed showing it to my mum who read the story and also enjoyed it very much. The compound word stuff has REALLY stuck with him, but his geography isn't so good ;0) He thought the story was set in Australia - bless!
The girl is still working on her collage of her ideal one-room home interior. It's getting quite complex, complete with opening wardrobes and paper people to live in it :0) She's having so much fun.
She's also continuing with The Little House in The Big Woods lapbook - which sometimes causes problems for her as she wants to dictate parts of the story for me to rewrite but finds it difficult not just to repeat back Laura Ingalls words. She managed it in the end with a bit of roleplaying and lots of questions on my part.
She's nearing the end of MEP Yr 1, which I'm very excited about. She does it, but the workbook part of the lesson goes more slowly for her. She's so easily distracted and suddenly gets massively interestd in what Panda's doing - even if it's playing with cars...which she NEVER does!
We've started the new bookgroup book - The Secret of Platform 13 - which they're both enjoying.
Workbox wise, Panda had this weeks Charlie and Lola comic and did all the activities in that. It's not bad really, it came with a little craft kit and lots of activities based around the season with ideas for bigger crafts to do and a game to play.
He played a shortened version of Operation - good fine motor skills game - we missed the money part out.

WE did MEP recption book with the lesson plan which went a lot better than without. (I hope they get the other lesson plans up soon).
He did some French, using a bilingual colour book and lots of small cars. I also put his car mat in so he cold just play with them for a bit. 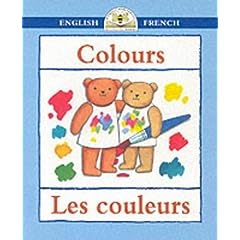 Then we did some painting mixng primary colours into secondary colours, incorporating a bit of phonics using alphabet colouring sheets.
Non-workbox wise - they've been watching a Little Einstein DVD which I got for £3 from Asda (Bargain! ;0) I bought it because it's also in French and Portuguese so I'll get them to listen to it in 3 languages :0) It's really good though because it's all about classical composerse and music, listening activities and terminology are included in it. They both love it and it'll tie in nicely with this months Teacher Book Bag that we'll start next week too. They've also got a freebie about instruments in the orchestra which I'll use to go along with it.
Posted by Belzi at 00:13