It's been a full-on week this week with a Home ed groups every day. Monday, The Girl went bowling with the new teen group; Tuesday, we went to Bankfield Museum in Halifax to do an evacuee workshop; Wednesday was our local HE games group; today was Ninjas and tomorrow we will go to our last film of the Into Film Festival. I think next week will be a bit quieter and I'm planning for them to do some actual written work. Boykin has mostly spent his time playing out or making games and animations on Scratch when he has been at home this week. The Girl has mostly been sleeping (as teenagers do), listening to music, drawing and making games on Scratch.

The evacuee workshop was fun. I think it is the fourth one we have done over the years and each one has been different. As a family, we enjoy dressing up and they both enjoy the role-play aspect of these types of events. Not only did we all go in costume, we even packed a 1940s wartime lunch in a proper picnic basket. I did cheat a little and put a piece of cake in our basket because I decided that if my children were being evacuated, I'd use the whole weeks sugar ration to make sure they had a good feed on the train :) 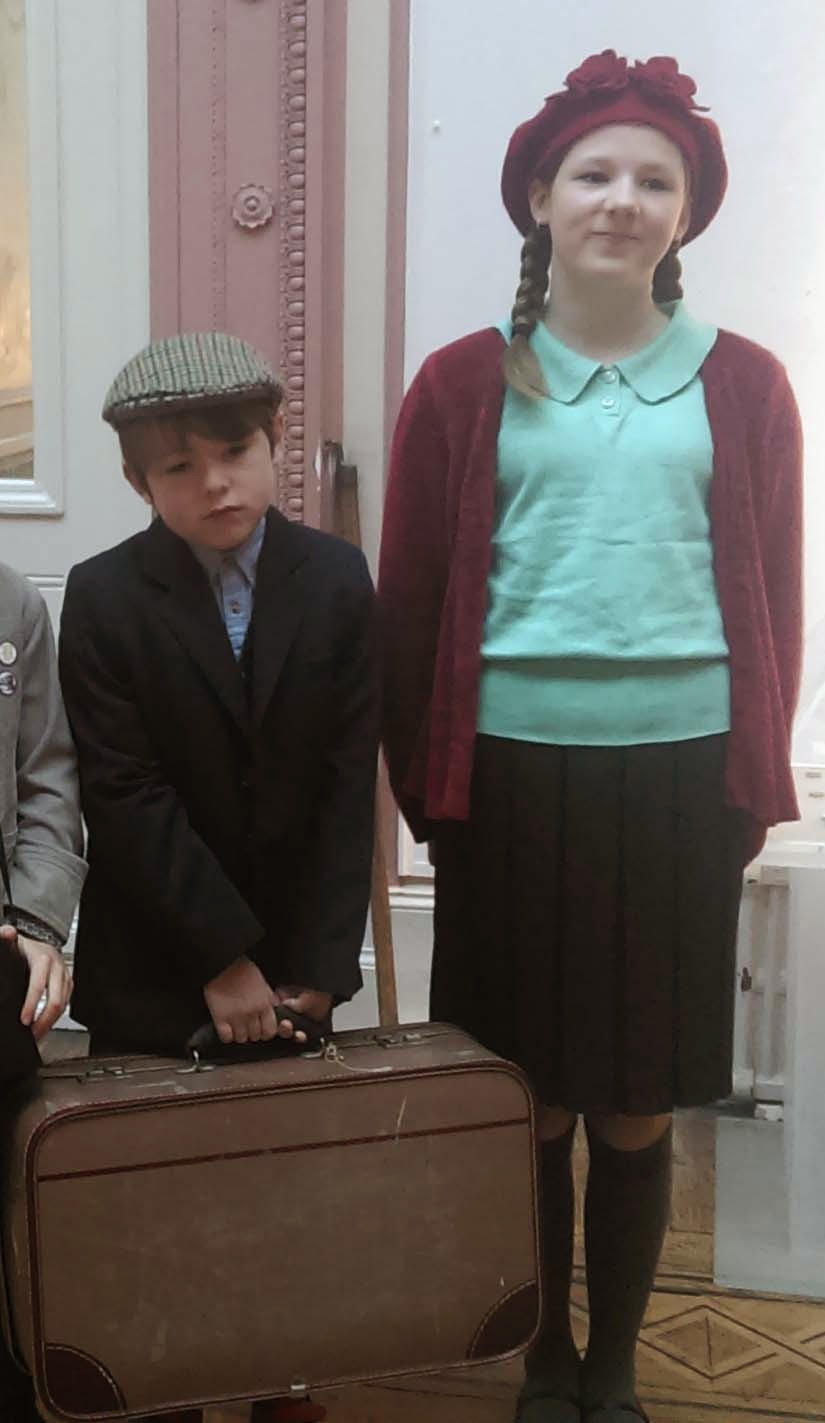 The session was divided into two parts. The first part of the morning they looked at what an evacuee might pack and had a chance to try on some of the clothes. They also had to be inspected and receive their billets.  My children were going to work with a barber and they sent a postcard 'home' to let me know and also to tell me that Boykin had been sick on the train ;) 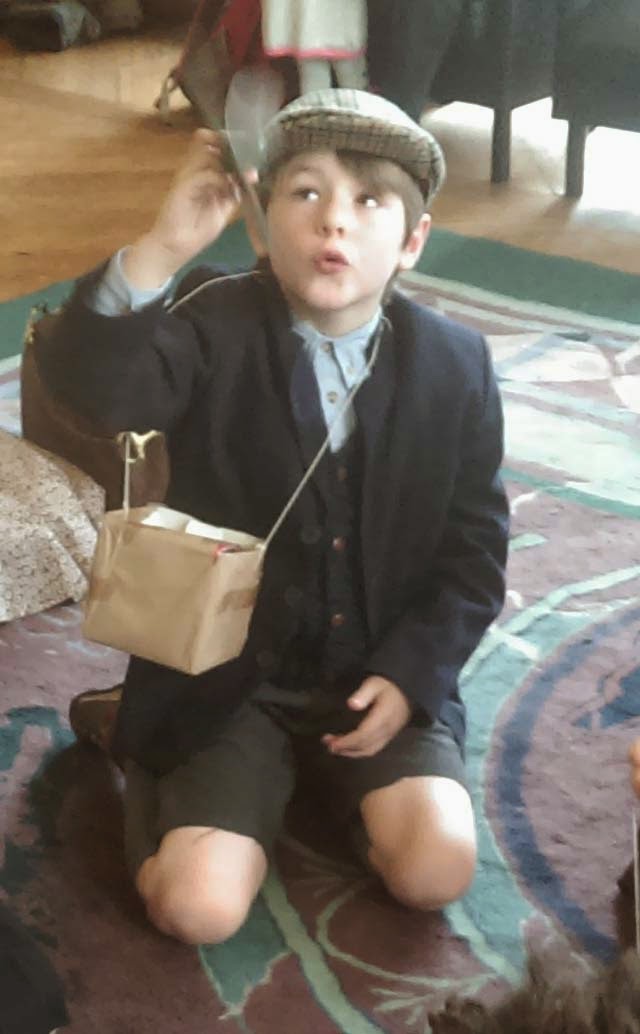 They also got to look at the kinds of toys that children in the 1940s would have played with. I was quite surprised to see Boykin's hand up insistently to look at the wooden spitfire. I hadn't realised that he liked planes quite so much. We also listened to a short section of The Children's Hour and learnt the song "Run Rabbit Run". 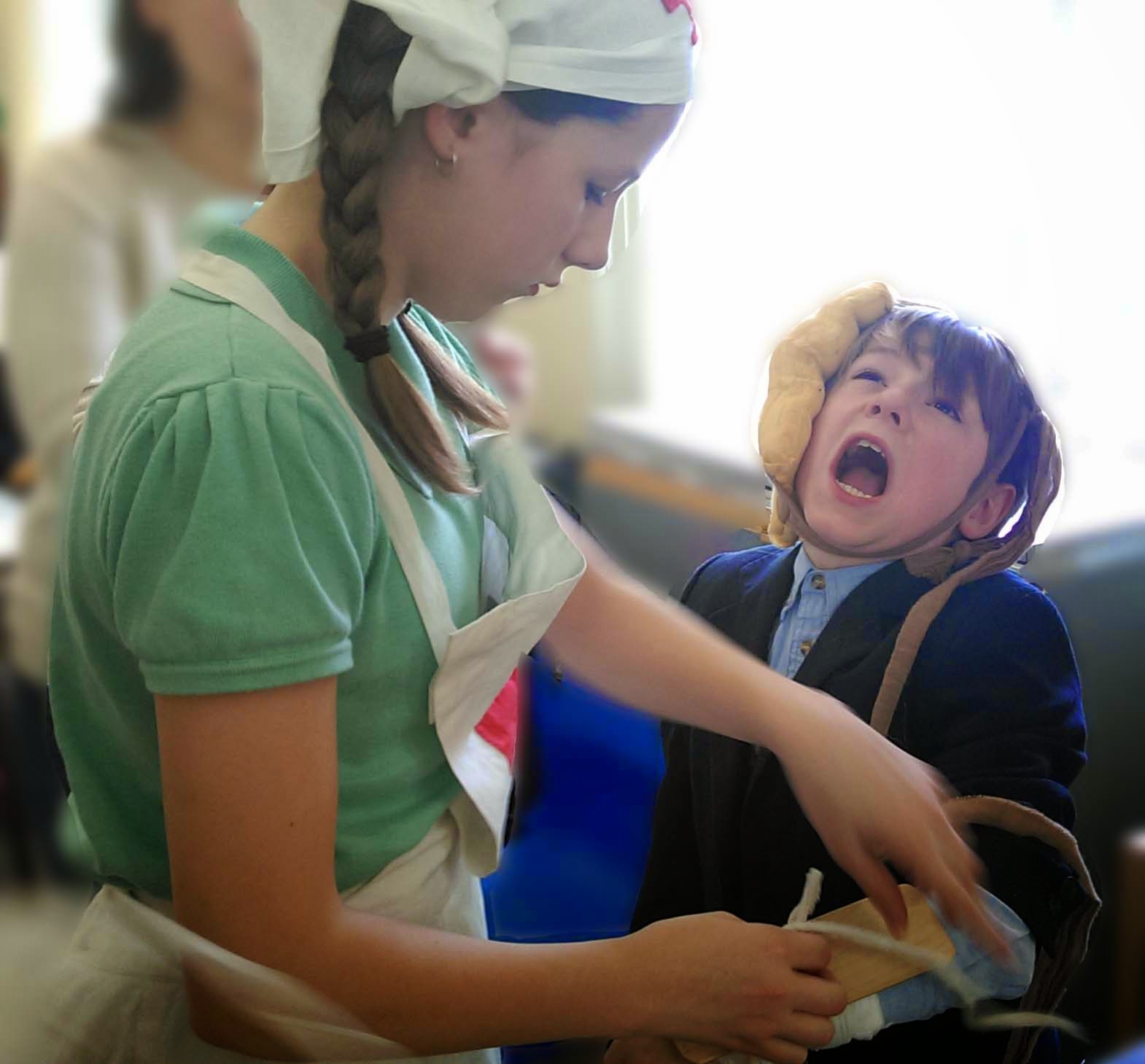 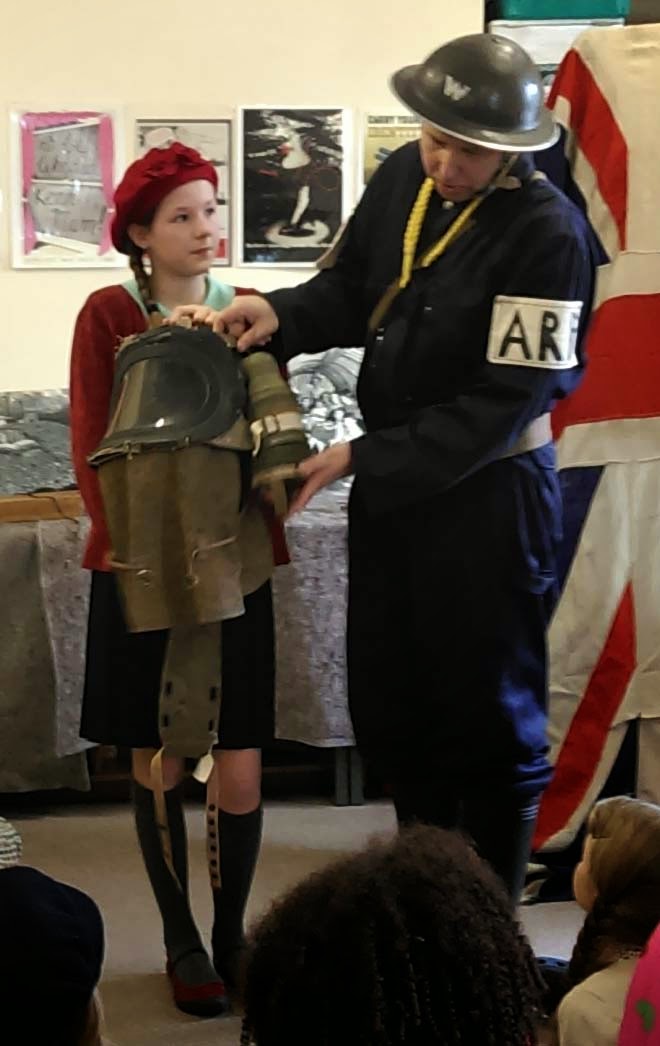 The next part of the session took place upstairs with an Air Raid Warden who showed them how to use a gas mask and what to do in the blackout. They were given the opportunity to handle gas masks, headlight covers and shrapnel. There were four stations with different activities to do on each. They all had a go at building a Morrison Shelter; working in the hospital; trying on Home Guard uniforms and investigating Fire brigade equipment. The ARP showed them how a stirrup pump worked and got them to form a human chain to put out a fire.

We went back downstairs just in time for the air raid siren when we all got taken to the dark air raid shelter where we had a sing-song with a rather out-of-tune rendition of "Run Rabbit Run" :)

This was definitely one of the better evacuee workshops we have been on and I was reassured by The Girl's knowledge of all things Home Front. It shows that our rather haphazard style of studying history is working and that not only is she learning stuff, but that she is also retaining the information. We first visited World War 2 in a deliberate way when she was only 4 with one of our very early local HE group themed sessions. It's very much been an ongoing topic that looks to have no end in sight.