We were offered the opportunity to review a  range of still drinks from Panda, a brand I associate with brightly coloured fizzy pop and blue tongues. I had no idea that they produced anything else and was curious. My kids were pleased to receive the drinks and very much enjoyed testing and reviewing them :)

The bottles are a handy size, small enough to fit in a lunch bag, handbag or the little side mesh pocket on a child's rucksack. We do quite a bit of walking and I like my children to carry their own drinks, so the small sized bottles make this easier for them. I also quite like the flip tops rather than the push-up-and-down tops, which invariably lose their plastic lids and are, I think, a little less hygienic.

We received two samples from each of the two different ranges - the juice drink range and the Panda Splash range, which is flavoured water. Both ranges are made with only natural fruit flavours and they contain no added sugar and no artificial colours.

My children really enjoyed the drinks. Words they used to describe the Panda Juice drinks were sticky, sweet, syruppy and yummy. The Girl preferred the Raspberry flavour and Boykin preferred the Blackcurrant flavour. Personally, I preferred the Raspberry flavour because it did actually taste of raspberries (not that the blackcurrant didn't taste of blackcurrants though). However, I was put off by the very obvious taste of sweeteners which I really don't like. When I buy bottles of dilute juice, I usually go for the 'sugar' version rather than the 'no sugar' version because of this.

In the Panda Splash range, we were given Blackcurrant and Orange & Pineapple flavoured waters to try. Again, my children liked them, with Boykin preferring the blackcurrant and The Girl preferring the Orange & Pineapple :) Words they used to describe theses drinks were very sweet, quite nice, tastes of orange and sweeteners. Apparently they like the taste of sweeteners and so this doesn't put them off at all. I found the flavoured waters much more refreshing than the juice drinks, although overall the Raspberry juice drink was my favourite - despite the sweeteners.

Oh, and I'm very sorry for not being able to show you the actual product. The package got returned to the Post Office, so we had to go and pick it up and we drank them on the way home :) 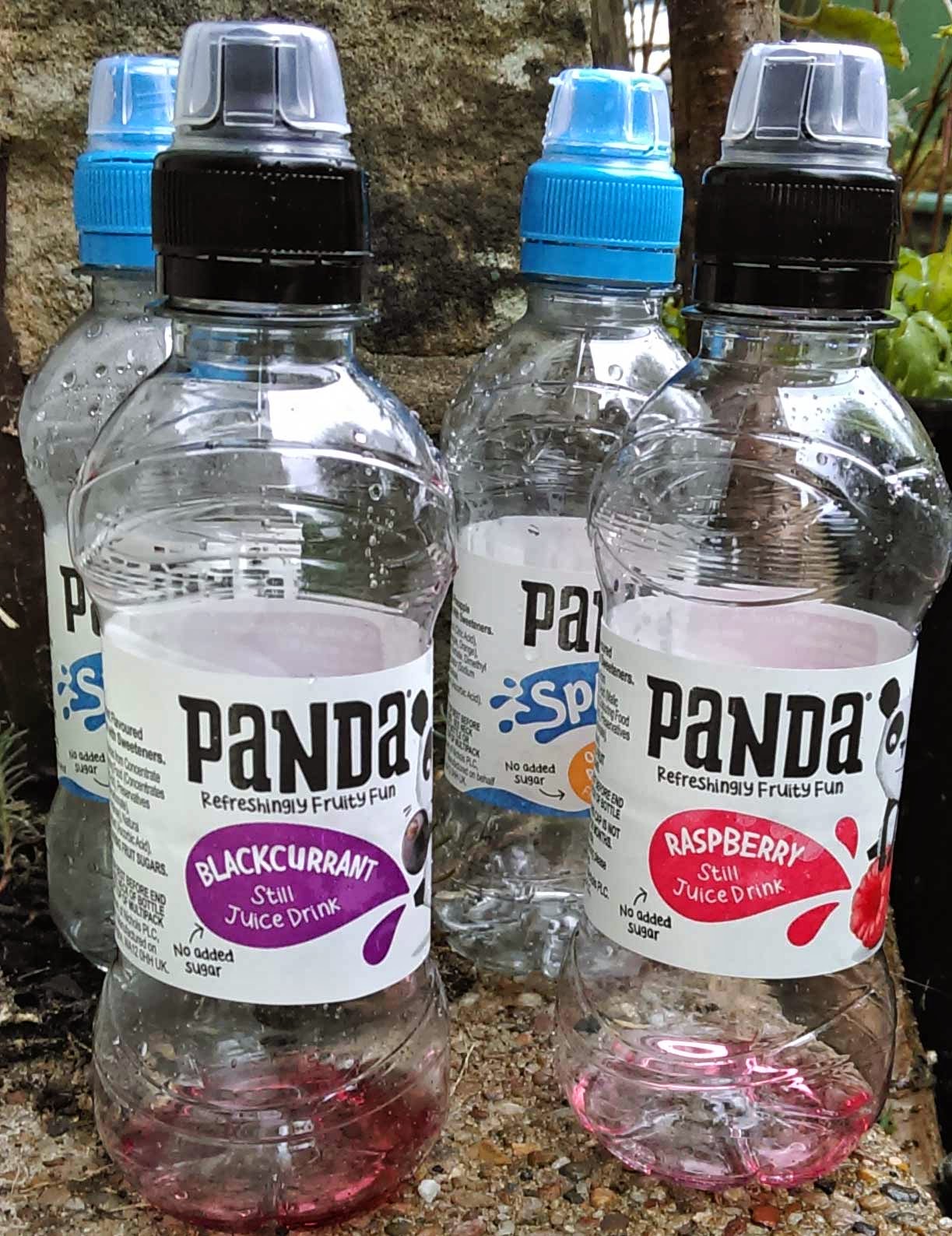 Disclaimer: I received 4 bottles of Panda drinks at no cost so that I could give you an honest review. No money changed hands for these opinions, which are entirely my own....and my children's.