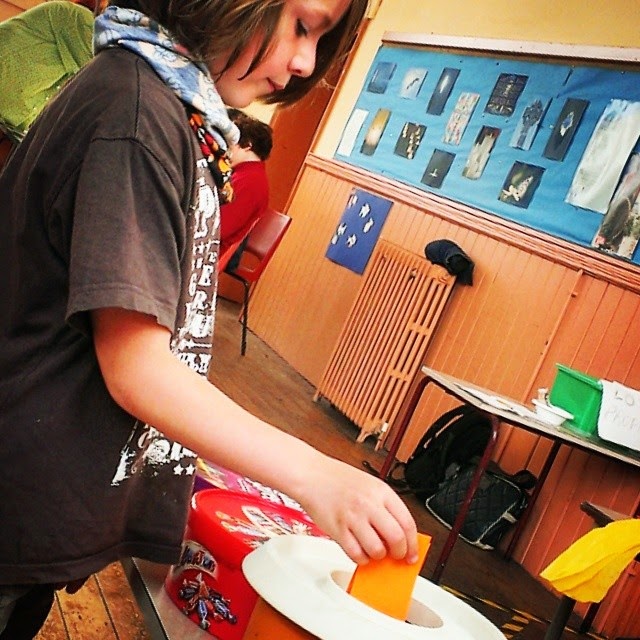 This Wednesday just gone, we had our local Home Ed group. It's a group that has been running for very nearly 10 years. Every month there is a different theme, some chosen by the children and some by the parents. Every three months or so, we use part of the session to suggest and vote for the themes for the future. Sometimes we have some weird and wonderful suggestions that we have to organise activities for - cheese, anyone?

Anyway, Wednesday's session was on Political Systems. We had a good turn out with a couple of brand new families, a family that had only been once before and about half a dozen or so regular families. In opening circle, we were challenged to think of different systems of government and countries  that they operated in, either now or historically. It was surprising how many we came up with - democracy, true democracy, oligarchy, dictatorship, communism and anarchy are the ones I remember.

Their were different activities available for the children and adults to try. We learnt about the franchise, proportional representation and women's suffrage; made peg doll Occupy movement protesters; designed and made rosettes for political parties; made placards for the "protest-about-everything" march around the garden in the afternoon; and voted for the themes for the Autumn sessions. 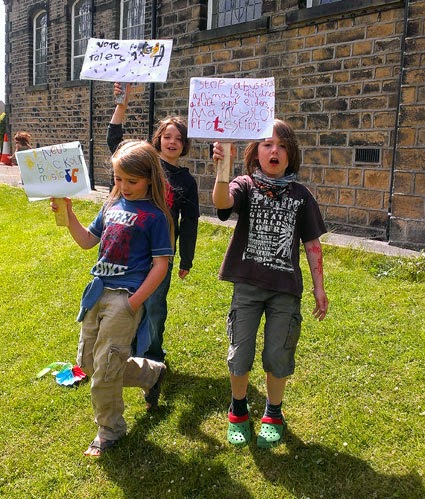 To be able to vote, names had to be added to the Electoral Register, polling cards were delivered to those who'd put their names forward, and they had to come to the Polling station to receive their ballot papers and vote. They were even given the opportunity to campaign for their own favourite themes which were made from a selection of previous topic suggestions that hadn't been covered yet (hence the title of this post). Votes were counted according to the First Past the Post and the Alternative Vote with the final vote being Single Transferable Vote as a means of showing the different outcomes.

Vote counting was tricky and we  quickly realised that First Past The Post is easiest to count, even though it may not represent the majority.
There are some interesting videos recommended by one of the children at our group that explain  how different voting systems work.

And the outcome of the votes?
World War I
Time & Clocks
World War I again - which meant we had to go for the second most popular choice which was ....
Toilets.
Posted by Belzi at 10:53

Email ThisBlogThis!Share to TwitterShare to FacebookShare to Pinterest
Labels: HE groups