I really like it when different aspects of my children's lives come together to inspire learning at home. Both my children are in the Scouting movement, The Girl is a scout and Boykin is a cub. Sometimes that external factor can be just the spur they need to explore new ideas and topics...

Over the last few sessions at cubs, they've been working as a pack towards the Astronomy badge. They were asked to make a report at home of some aspect of astronomy to take in to show the other cubs.

Boykin said he wanted to do something about the planets, I suggested a lapbook and he was very keen to go. I had a quick look on Currclick and on Homeschoolshare, where I found one on 'Planets' that he liked. I could see that he would be able to complete it more or less independently. The 'more' part being all the writing and extracting of information; the 'less' was, as usual, all the cutting and sticking involved :/ I know, however, that he is more than capable of using scissors, a guillotine and a gluestick so having him do the bits that he finds laborious seems a pointless exercise to me, and a surefire way of putting him off on the very first day. 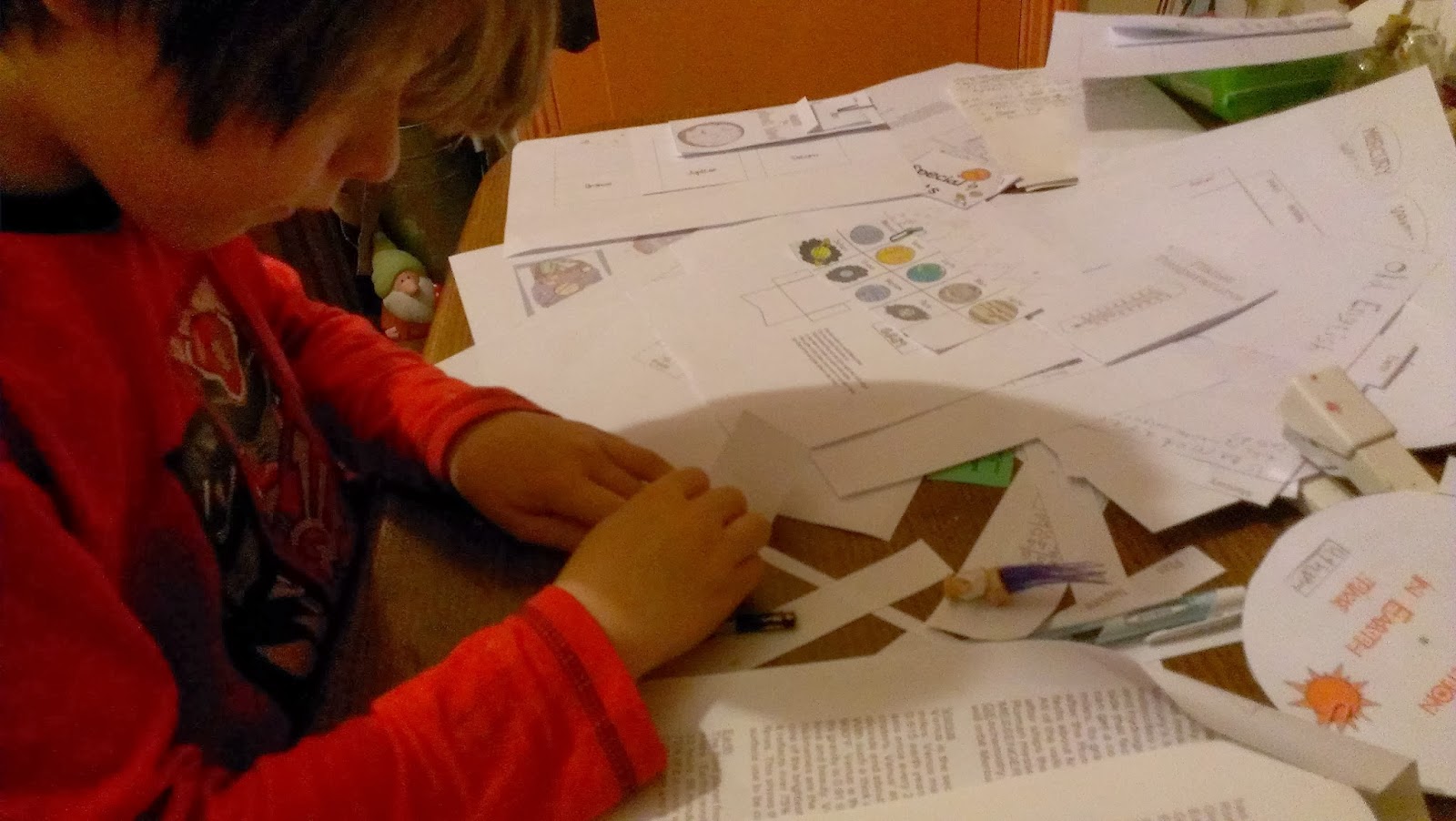 Boykin developed new skills in time management and working to a deadline. He worked out how many planets he had to cover every day in order to be finished by his next cub meeting and worked very hard to stick to his plan. He just about succeeded (with a little help from The Girl when it came to sticking minibooks into the folder) despite having been distracted by a game of Minecraft at the next-door neighbour's house before tea on the day of his cub meeting.

With a little help from his sister, he got to cubs 10 minutes late but with a completed lapbook, a real sense of achievement and a great deal of pride in his work.  He was even more proud when I picked him up and he had a new Astronomy badge for me to sew onto his uniform :) 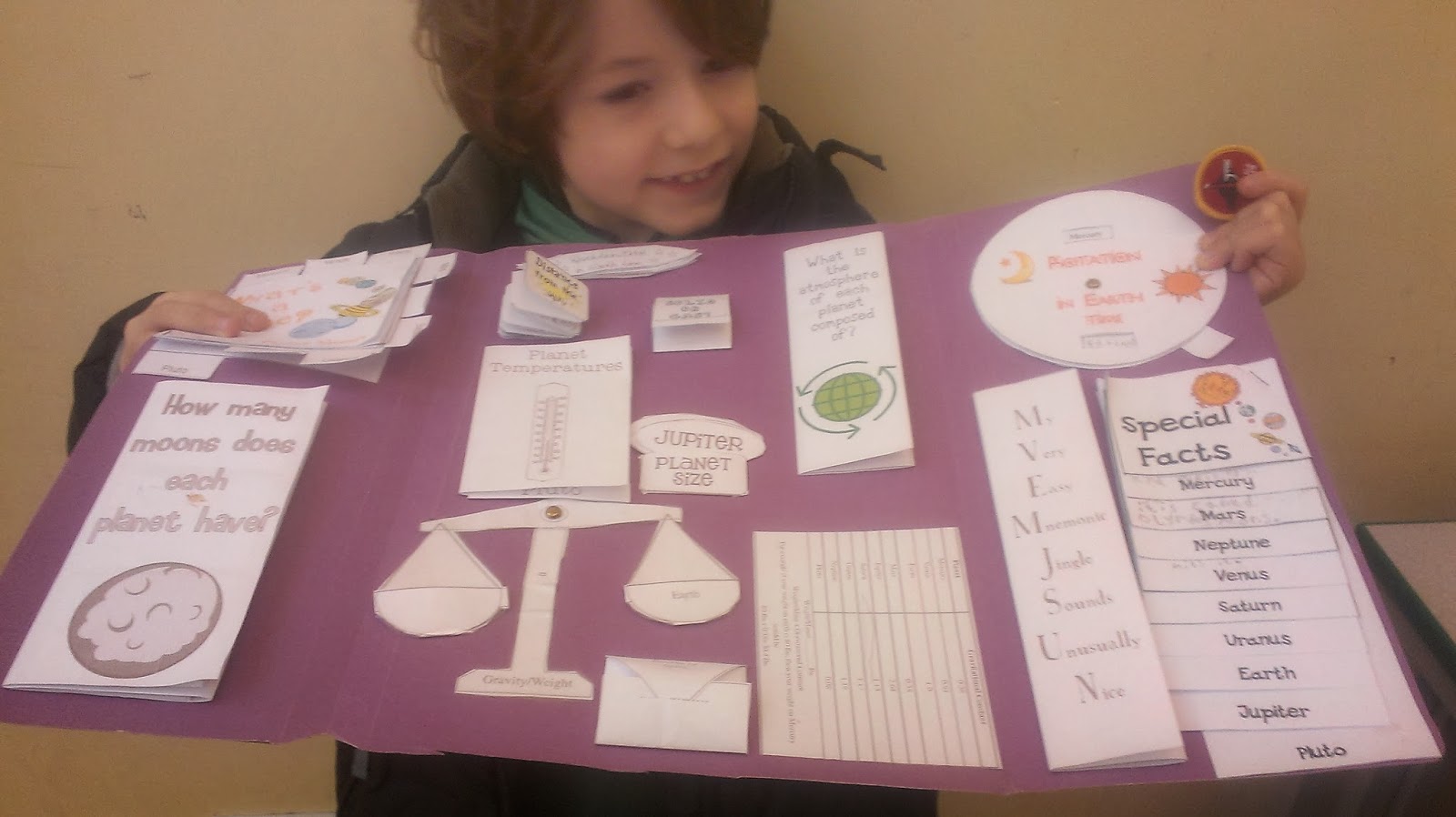