Where does the time go?

OK. So 2 whole months have passed since I last posted on this blog. Obviously, 2 very busy months, far too busy to write on here ;) 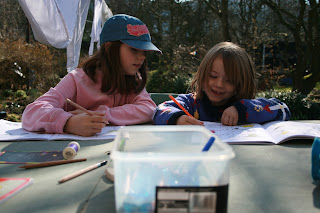 Since I last posted Spring has truly sprung, much to my two's delight. The Girl declared it was 'like a fairytale' sitting in the garden doing maths while I sewed badges on their Brownie and Beaver uniforms. That memory's one to keep :)
We're still using The Girl's time table but not quite so strictly as at first. It's still a helpful tool that she is happy with. For me, the best thing about it has been to stick to half-hour blocks so that the day doesn't become dominated by the frustrating slowness of finishing a particular subject - usually maths. There are definitely less tears, tantrums and resistance - from me at least ;) 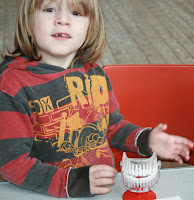 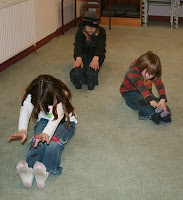 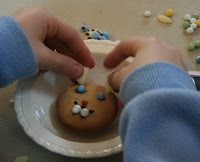 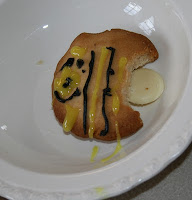 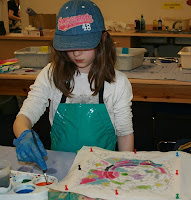 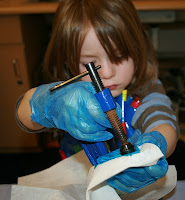 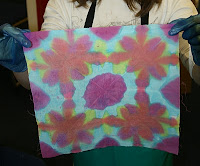 We've also been to an Industrial Museum to learn about weaving and been to a loom knitting workshop. The Girl played Victorian millworkers with her friends for a whole week after that :) Which could have had something to do with watching this when we got home....a blast from the past :)

There's seems to have been a bit of a textile theme going on which was great as it tied in nicely with our FIAR book (which I'll post about tomorrow...maybe... )

Today we went to Bagshaw Museum to look at their Egyptian tomb room which ties in with SOTW (which I will also post about tomorrow....or the day after....) I think they enjoyed dressing up in Indian clothes and dancing to Bollywood music better though :) 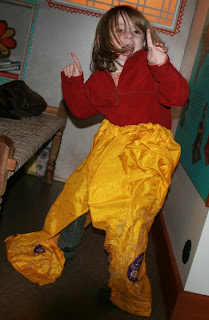