We went on a Home Ed trip yesterday with a group of other families.
We drove for 2 hours to get to White Scar Cave in North Yorkshire which is the longest show cave in England. It was a bit colder than we expected and I soon discovered that it would've helped if I'd read the website properly before we set off, instead of only looking at the map of how to get there just before we left. Duh!

The tour was very interesting and the guide was lovely. There's not much time to dawdle though as the tours are obviously carefully timed so that different groups pass at set places where the passages are wide enough.

Boykin was very interested in what the guide was telling us about calcite and stalagmitic columns. It was interesting to hear how the stalactites and stalagmites are formed and at what rate - 1 cubic cm every 150 years or so! 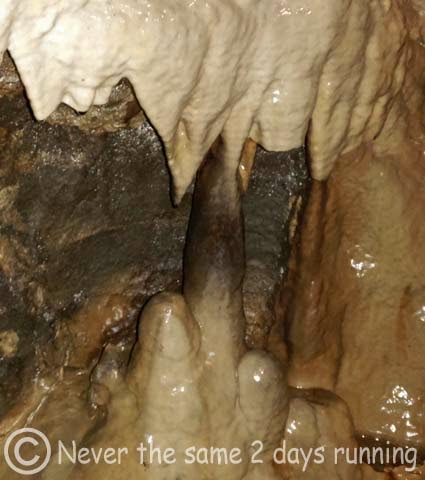 The story of how the cave was discovered is also interesting, if not a little very unnerving. There's a model near the entrance showing how Christopher Long, the first person to enter the cave, travelled to the first waterfall, on his belly in a tunnel just a few cms high with four candles in front of him, not knowing at all what he would find in there. Brave or crazy?

The story of the discovery of the Battlefield cave is as equally unnerving. A young woman named Hilda Guthrie swam under a giant boulder in the dark, again, not knowing what she would find. She crawled up a narrow tunnel and found the huge cavern with it's amazing array of straw stalactites. Brave or crazy? 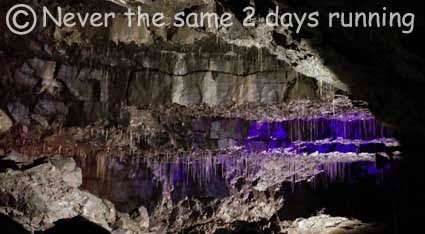 I have to confess, caving is not exactly my idea of fun. There were some low sections and some narrow sections, luckily not narrow and low at the same time. The passages are all well lit, and the low sections were tall enough for Boykin to walk through without banging his head. The tour is about two thirds of a mile in each direction and you will need good waterproof footwear. Most of the walk is on metal grids but there was one small puddle that I managed to get wet feet in, having gone in my walking sandals :/

Definitely wear an extra layer and maybe even a pair of gloves if you like toasty fingers. There's a cafe with a gift shop that could do with a better range of postcards but has a good range of stones. It's well worth a visit and, as you come out, the view of Whernside in the sunshine is doubly magnificent after being in a cave for an hour and a half :) 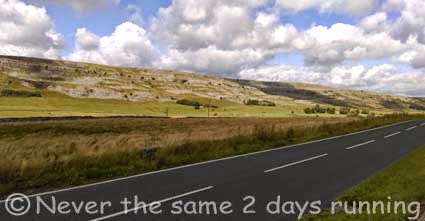 Email ThisBlogThis!Share to TwitterShare to FacebookShare to Pinterest
Labels: days out, HE groups, science