Truman's Aunt Farm by Jama Kim Rattigan and G.Brian Karas is a very funny book, the humour stemming from the confusion between 'ant' and 'aunt'. It works well with a Yorkshire accent, not so sure how well it'd work with a southern one :0) The pictures are bright and colourful and add to the fun. Truman is given a voucher to redeem for an ant farm from his aunt, but instead of ants he gets aunts knocking on his door. They look after Truman well and keep him entertained - they are good aunts, but there are too many of them so he finds them all new homes. In the end, he is reunited with his own aunt.
We tried to keep our own ant farms but were very unsuccessful. Catching the ants was very hard and I don't think we managed to get enough for them to maintain a colony. We'll try again next year - it'll be a good excuse to read the book again and they'll get to use the lapbook that I printed out ready :0)
Here is the lapbook the children made :- 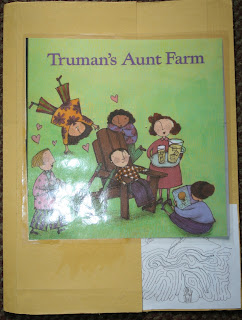 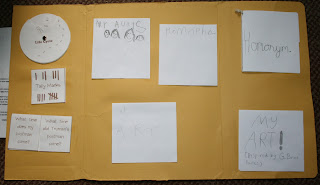 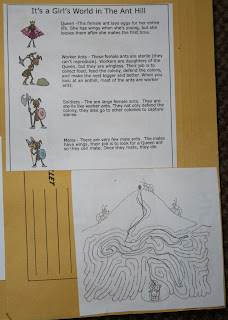 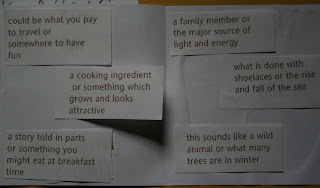 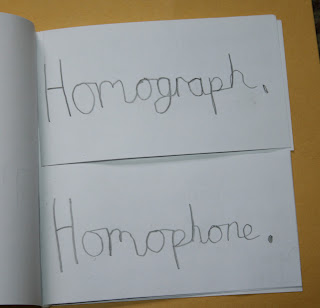 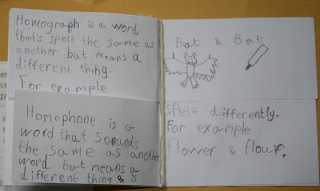 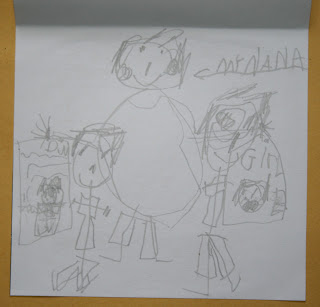 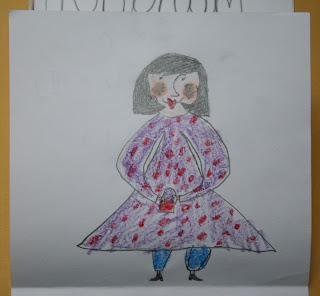 We also sang The Ants Went Marching One by One - complete with actions and, for a bit of silliness -and nostalgia on my part - we listened to Adam and the Ants :0)

Resources we used
Ant society printable from Movies in the Classroom
Ant hill maze from Squiglysplayhouse
Ant lapbook from HSS
A good explanation of the homonyms, homophones and homographs
We used the homophones riddle .doc to make Bopykin's minibook (last on the list, right-hand column)
We used minibooks from Kendra's lapbook at The Aussie Pumpkin Patch
Teachers notes to go with Ant World (see below)
We tried both of these ant farms. Ant World is easier to set up and, judging by the short time we kept them, it seemed better for the ants to live in.

Books and films we used